When I originally started selling my jewellery I couldn’t decide what was best as far as packaging was concerned.

As an unknown jewellery designer / maker who was just starting out in the world of selling their work, with limited funds and without a clear idea of what my brand was going to look like I decided to research the market to see what sort of options were available to me.

Unsurprisingly perhaps I found that primarily the high end places always package your jewellery in a beautiful (and expensive) box, where as smaller boutiques and handmade artisans prefer a more minimalist and cost effective approach, such as pouches or gift bags, or sealed display cards in plastic wrap.

This wasn’t a particularly shocking revelation.  Empty boxes for well known brands sell for ridiculous amounts on auction sites, and are highly sort after collectables in their own right.

But I’m not a big brand.  I’m just me, by myself, still figuring out who my jewellery is for and what makes it stand out in a crowd.

Ultimately I think a lot of it comes down to the piece in question; it’s value, who is it for and how often the person is likely to wear it.

Some people store their jewellery in their jewellery box, or have a display rack.  Some repurpose the gift box and put something else in it so they don’t have to throw it away or store it needlessly.  So in these cases you could argue that a box is not required at all, and a simple pouch or organza bag would suffice.

Posting also is a concern, as large boxes mean large postage, and again, if the necklace or bracelet isn’t going back in the box very often (if at all) then the purchaser is paying out for something that will probably end up taking up space in a drawer.  They may also be put off by the high postage, meaning they won’t buy the piece in the first place.

So after taking all that into consideration I decided on a branded jewellery card in a pretty bow tied organza bag.

This worked well for someone buying for themselves, while at the same time the bag was pretty enough to give as a gift.  And when sending through the post I would simply pop the bag in a tissue lined flat square box which kept postage low to boot.


Further down the line as the festive season approached I also added a gift wrap option utilising a small pillow box with hand tied ribbon for easy gifting.  As it also fit in the same postal boxes as the organza bag postage was not affected.

Over time and as I began working with precious metals and gemstones I decided to invest in some actual boxes for my pieces and add a ‘boxed’ option.  These were after all pieces that could be heirloom quality and deserved a little extra.

The boxes I decided on are classic black, with a fluffy cotton insert which then holds a branded jewellery card (as you would receive with the organza bag).  They are sturdy, well finished and light weight which for the most part means no increase to the postal costs (the bracelet boxes are a little taller so does incur a little more postage).

So now I now have boxes for necklaces and earrings, rings, bracelets and bangles if people want them, or if not you’ll still get your jewellery nicely presented in a pretty organza bag.

All sterling silver pieces come boxed and include an anti tarnish square to help keep your jewellery clean.

The boxed and gift wrap options are also available for any non sterling pieces for a small additional charge.

It’s nice to have options and I got there in the end! 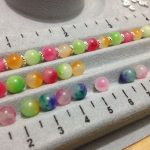 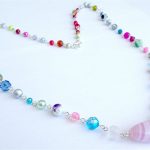 Bead soup and what to do with it! 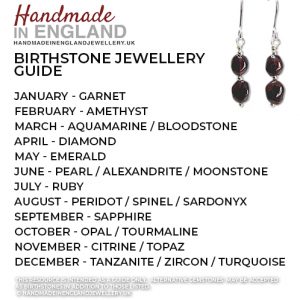